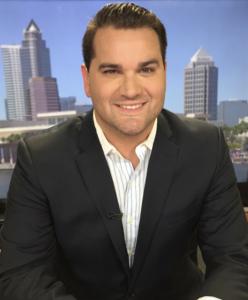 United Cities Productions announced today that one of its content creators,Dan Maduri,was featured on MSNBC for commentary on Florida’s primary elections

TAMPA, FL, UNITED STATES, August 30, 2018 /EINPresswire.com/ — United Cities Productions announced today that one of its primary content creators, Dan Maduri, was featured on MSNBC for commentary on Florida’s primary elections. Mr. Maduri is the host of Florida Live on AM 820 News Tampa Bay and 98.3 FM Pinellas County on air during the 1-2 PM block. MSNBC Host Ayman Mohyeldin filling in for Craig Melvin interviewed Mr. Maduri and explored the political atmosphere in one of America’s “purple states.”

The Florida gubernatorial election was the primary discussion during the interview. With Ron DeSantis and Andrew Gillum each winning their respective primary, Florida voters showed that they are moving away from the centralist politics and more toward the extremes. In the interview Mr. Maduri offered that DeSantis is a “relatively unknown 38-year-old congressman from Jacksonville until handpicked by Trump.” He continued to say that this outcome proves that Florida is moving away from its purple roots and becoming a “Red” state.

Florida’s Senate race took up the remainder of the interview. Rick Scott, the current Republican Governor of Florida, will square against the incumbent Democratic Senator Bill Nelson in the general election. Mr. Maduri sad that the well-funded and popular Scott should have no problem winning the seat. He continued, calling Nelson a “Ground Hog” Senator because “you never see him and never hear from him.” This lack of familiarity will be a hindrance to Nelson as there are 4 million new voters in Florida who do not know how he is.

About United Cities Productions
United Cities Productions (UCP) is a modern media company designed to help marketers enhance their brand in the digital age. UCP creates a bridge between some of the world’s most intriguing brands and digital content creators that have a reach beyond traditional advertising. The network of creators brought together by UCP provides many services including influencer marketing, content marketing, and radio broadcasting, event based experiential marketing, and media syndication. Some of UCPs existing partners include News Talk Florida, Sports Talk Florida, Poynter Institute, Westwood One, the Miami Marlins, the Jacksonville Jaguars, the University of South Florida, the University of Miami, Erik Kuselias, Inc., the St. Petersburg Bowl.