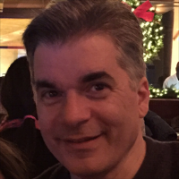 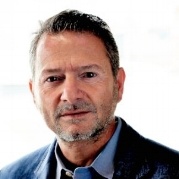 DigitalMR – a technology company with focus and expertise in consumer insights has appointed Steve Alexander as its Chief Technology Officer.

The company is clearly accelerating so it’s more important than ever to ensure that the product vision, the team and the culture get the attention they need.”
— Steve Alexander, DigitalMR CTO

Steve Alexander has spent his career starting and successfully growing technology-driven organisations. He is currently founder and Managing Partner of Scaled Markets, a provider of transformative digital solutions. Prior to Scaled Markets, Steve was CEO of Digital Focus, a leading technology development firm which he co-founded in 1995. Digital Focus, which was sold to an investor group in 2006, delivers end-to-end system development to Fortune 500 firms such as Fannie Mae, AOL and McKesson. He has also held a variety of engineering and sales positions at IBM serving customers in the healthcare and media industries. Steve graduated from Virginia Tech in 1984 with BS and MS degrees in Chemical Engineering.

Michalis Michael, DigitalMR CEO, said:
"Steve has been a huge support from day one of DigitalMR’s establishment back in 2010. As a member of the advisory board all these years he provided his technical expertise at important junctures. At this point of our evolution we need to ensure that both our enterprise software solutions: listening247 and communities247 are cutting edge. There is none better than Steve that we could have wished for on the helm of our diverse tech team."

On his recent appointment as DigitalMR Interim CTO, Steve Alexander said:
"I am excited to be supporting Michalis and the rest of the DigitalMR team in this role. The company is clearly accelerating so it’s more important than ever to ensure that the product vision, the team and the culture get the attention they need. I look forward to helping move forward in those areas and more."

DigitalMR is a technology company with proprietary solutions for social listening & analytics and private online communities. It specialises in the use of Artificial Intelligence for insights and the integration of Social Listening, Tracking Surveys, and Retail Sales data, for actionable insights that are otherwise invisible to the bare eye. Following years of R&D, partly financed by government grants, DigitalMR’s main areas of research include text and image analytics, particularly sentiment and semantic (topics analysis), emotions analysis, and image theme and logo detection. DigitalMR has presence in numerous countries and works with multinationals in various sectors such as FMCG, retail, banking & finance, telecoms, government, and NGOs.