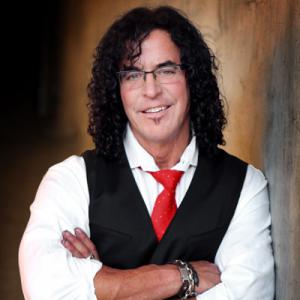 WOODLAND HILLS, CALIFORNIA, UNITED STATES, January 31, 2019 /EINPresswire.com/ — How do you find the one? How can you build a relationship for 20, 30, 50 years? How does it work? What is the secret to find and sustain a healthy, longterm relationship?.

Dating and relationships between men and women can be very confusing. We're all walking around wearing masks hoping to show up in a way we think the opposite sex will find attractive.

Andre Paradis is an expert on dating, sex and relationship dynamics and the founder of Project Equinox, where he works with singles and couples to create and maintain healthy, longterm, successful relationships.

“In coaching, there's active movement and awareness of how you show up in the world and how you to recalibrate your energy system to change your habits and become the person that attracts who you want,” says Andre.

Andre launched Project Equinox with knowledge and tools developed through his affiliation with the Mankind Project and therapist Dr. Pat Allen.

“We've done a lot research on people in long-term relationships and we have learned exactly how they do it,” says Andre. “It’s about gender intelligence. It’s something that we don't teach in our culture, but it is the most important tool men and women can gain for a happy and healthy relationship. “My goal is to teach and empower people and society and to change our culture when it comes to human dynamics and relationships.”

According to Paradis, the way we currently raise men and women in our culture makes the possibility for sustainable relationships nearly impossible.

“What's happening in our culture now is keeping people from getting into long-term relationships,” says Paradis. “What motivates a man doesn't motivate a woman. Without that understanding, it's not possible to communicate appropriately.”

“Let's say you see a cute girl walking down Fifth Avenue. You have to have the courage to say hello and get her phone number and go on a date. It’s on you. Old school is what women find the sexiest and it works best. You make the plan. You make the date. You pick her up. Your body wants that and her body wants that,” says Andre. “This is what I teach. The cocktail of the information I have all fits together. It’s chemical, it’s behavioral, and it’s anthropological. It’s about understanding that the person across from you is a different beast from you.”

Through coaching and speaking engagements, Andre helps his clients go deep into the “dance of the relationship.”

Listen to the show on BlogTalkRadio.