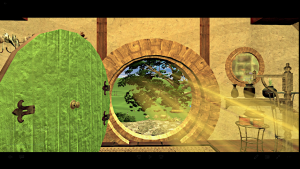 Now Seeking Community Support via Indiegogo, This New Video Game is Inspired by The Hobbit & Lord of The Rings!

MIAMI, FLORIDA, UNITED STATES, August 17, 2019 /EINPresswire.com/ — HOBVILLE Video Game is an all-new video game that is designed to entertain the gaming community around the world like never before. The game is inspired by The Hobbit and Lord of The Rings, and it offers a wide range of features along with an exciting gameplay. Moreover, the creators of this game are a Miami based American company called Hellbrewed Productions, who have recently launched a crowdfunding campaign to raise funds and support for this project.

"Hobville is a special game mainly dedicated to the fans of The Hobbit and Lord of the Rings and my way of showing gratitude to Peter Jackson and the cast and crew of the movies." Said Antonio Cruz of the Hellbrewed Productions, while introducing the video game to the Indiegogo community. All funds raised through this Indiegogo campaign will play a major role in the production and development, along with the distribution of this game and the company is welcoming generous pledges and donations.

The Indiegogo Campaign is located on the web at: www.indiegogo.com/projects/hobville-video-game and backers from around the world can become a part of this project by making generous pledges and donations. The project offers a wide range of rewards for the supporting community, and the game is already getting a phenomenal response worldwide. More details are available on the Indiegogo campaign page of the project.

About HOBVILLE
Inspired by The Hobbit and Lord of The Rings, HOBVILLE is an all-new video game and it is a game like no other. The game is developed by Hellbrewed Productions, a US based gaming company, which is now welcoming gaming fans and enthusiasts from around the world to contribute in its recently launched crowdfunding campaign on Indiegogo.