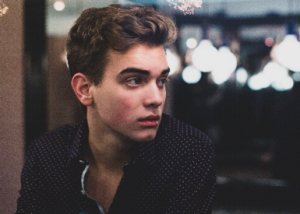 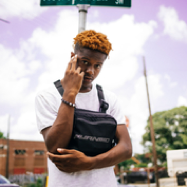 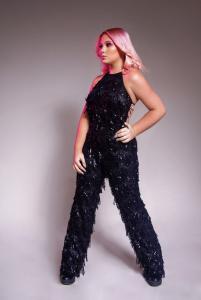 This is going to be my first full band show, and we’ve been rehearsing like crazy the past few months getting ready. The energy that a full live band will bring is going to be through the roof.”
— Andrew Weaver

ATLANTA, GEORGIA, UNITED STATES, October 22, 2019 /EINPresswire.com/ — Andrew Weaver is more than excited to be headlining one of the most highly anticipated shows in Atlanta. Wanna Get Funky and Playbook Management have partnered together to bring a multi-genre, rising star showcase to Centerstage’s Vinyl on November 14, 2019. The showcase will feature three up-and-coming young musicians from Atlanta, including vocalist Erin Kirby, rapper Metro Marrs and singer-songwriter and rising Atlanta pop teen, Andrew Weaver.

Singer-Songwriter Andrew Weaver (Atlanta, GA by way of Bremen, GA) began gaining attention as a 16-year-old contestant on ABC’s 2018 Season 1 American Idol, making it to the live taping in Los Angeles. After being eliminated in the Hollywood round of auditions, Andrew remained a TV favorite garnering a dedicated fanbase in Georgia and nationally, aptly naming themselves BeWeavers. After getting a taste of success from American Idol, Andrew has not stopped working towards his goals, “After American Idol, I told my mom that this is it. This is going to be my life.” This November he is bringing something new to his fans including the debut performance of his live band. After spending countless hours in the studio this summer, Andrew released his first EP, “3PK”, in August. This release shows not only his growth from starting at age 16, but also his drive and dedication for what he truly loves, music. Andrew gives thanks to Atlanta’s music scene and artists for inspiring him to push himself and his songwriting. Andrew is super excited to show his fans what he has in store. “Never has a 17-year-old showed so much passion for music,” said Andrew’s manager and founder of Playbook Management, Blake German. “This showcase is going to put Andrew, Erin and Metro in a highly visible circle of music executives that will be attending. In addition, regional media and producers will also be at the show to preview the diversity and level of talent Atlanta is cultivating.”

Erin Kirby is a 15-year-old rising pop-star from Atlanta, Georgia who has been captivating audiences across the country with her powerful and extraordinarily soulful voice. Garnering the attention of fans and industry professionals alike, Erin has been working closely with legendary producers & songwriters to create her long-awaited debut EP, expected to drop in early 2020. Labeled by Jezebel Magazine as the "Best Local Singer/Songwriter,” Erin’s notable live performances include Fox's "Showtime at the Apollo," Atlanta Mayor Keisha Lance Bottoms' 2018 inauguration, and showcasing at John Maxwell's Annual Leadership Conference. She has delivered seismic renditions of her original music at Sofar Sounds on multiple occasions, impressed audiences of tens of thousands at Supercross events, and has been a guest judge for Georgia Has Talent. Aside from music, Erin is also an activist and philanthropist who loves giving back to the community. She supports many charities including Relay For Life, Youth Empowerment, Children's Miracle Network, Jamaica Project, Girl Talk and many other national causes. She is an ambassador for Red Beret Society and recently toured alongside an anti-bullying non-profit.

Metro Marrs hails from Atlanta’s Southside, a 16-year-old rapper and singer who quickly began gaining a buzz over the last year with his distinctive and melodic voice. Though a relative newcomer, Metro is no stranger to the Atlanta music scene as his father, Young Trimm, was signed in 2008 to Tricky Stewart and The Dream’s record label, Red Zone, where Metro first began learning to record at the age of 5. Metro is slated to release his first project “Me Against Myself” in Fall 2019, which features production from 808Blake, Sunday License and Nash B (Cash Money Records, Jaqueese), led by the single “Wish Me Well” featuring buzzing artist BigChildSupport.

Tickets for the November show can be purchased online at www.centerstage-atlanta.com and search for Andrew Weaver as the artist. Advance tickets are $10 and day of show is $12.