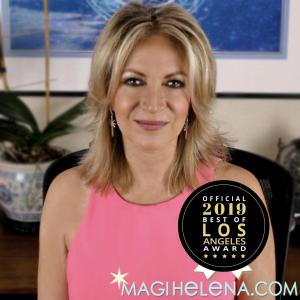 The acclaimed astrologer released her forecast for the upcoming holiday this last week.

LOS ANGELES, CA, UNITED STATES, October 22, 2019 /EINPresswire.com/ — Going out partying for Halloween? Be careful out there on Saturday October 26, the big night for most adult Halloween celebrants! The stars on October 26 are favoring Maleficent, the Joker and the Night King a lot more than they favor Aurora and Jon Snow.

The clash of the creepy crawly Saturn-Sedna midpoint with Vesta doesn’t help interpersonal compatibility one bit, and makes meeting new people – even just new friends – not a great idea. In addition, Earth in a clash with both Saturn and the Saturn-Pluto midpoint doesn’t make things flow easily in general, and the progression from Xanthus to Earth has a negative effect too. Ugly clash geometry with Sun, Sedna and the Saturn-Neptune midpoint, plus multiple Sedna-Sappho aspects, point to the possibility of power struggles arising.

Despite this, with Sun opposite Uranus, and Earth synchronized with Mars and Uranus, you may be too restless to stay in! So what to do? Stay safe, don’t drink and drive, don’t let yourself get involved in disputes. And don’t hope that a new meeting could lead to lasting romance – all that Uranus energy promotes hookups but greatly lowers the odds for true love.

Good news: The stars improve dramatically after Saturday the 26th, with Sunday the 27th being one of October’s best days. So, stay with your crew, keep it mellow, and have fun!