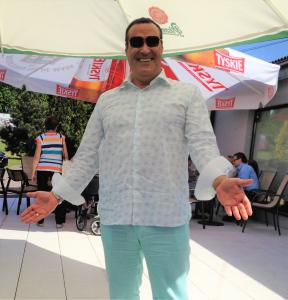 LYNN, MA, UNITED STATES, January 14, 2020 /EINPresswire.com/ — Political and civil unrest in Hong Kong and mainland China has been simmering for some time, but in Hong Kong it came to a boiling point this summer, resulting in protests which continue today. Amid the turmoil, wealthy Hong Kong citizens are increasingly seeking to leave the country. David Lesperance, attorney, explains the surge in emigration.

The Hong Kong protests began in June in response to a proposed bill that would have allowed mainland China to extradite people forcibly from Hong Kong to bring them to trial. In the process, China would freeze the individuals’ assets. This presumably could make it difficult for those brought to trial to defend themselves or manage their professional and personal obligations while being tried. China’s judicial system and government are notorious for their corruption and lack of transparency. Hong Kong has long vied for independence from the mainland and currently has a localized legal system. Although the bill was withdrawn, the threat to Hong Kong’s legal semi-autonomy sparked fear and anger throughout. For many citizens, the bill and the resulting protests were the final warning shots signaling the time to act.

In an interview with reporter Susan Lingeswaran of Campden FB for a story entitled “Why Hong Kong Is Seeing a Surge in Wealthy Families Looking to Leave,” David Lesperance noted the suspicious disappearance of Chinese financer Xiao Jianhua in 2017 sounded alarm bells that China was going after ultra-high-net-worth citizens. Although China and Hong Kong have long had tumultuous policial climates, David Lesperance, attorney, said most wealthy people thought themselves safe until recently.

“When Xiao Jianhua got snatched in Hong Kong, I went from getting two calls a year to an enquiry a month because the Chinese ultra-high-net worth’s realized they weren’t safe in Hong Kong anymore,” Lesperance said in the article.

“The Chinese government are looking to curtail the ultra-wealthy to cement their power and you can see it through the editorials of their state-owned newspapers, they have gone after Chinese tycoons and now they have their eye on Hong Kong,” he continued.

Since the protests began, he said he has gotten a couple of calls a day on average from Hong Kong residents seeking a way out.

For many wealthy individuals in Hong Kong, he said the best exit route is often obtaining a golden visa, or citizenship by investment, in a country such as Australia, Canada, Singapore, or Taiwan. While the U.S. is an attractive option for some as well, particularly those with family stateside, the waiting list for golden visas, as well as the cost of immigration, is comparatively unfavorable in contrast to other potential havens.

After several years as an immigration lawyer, David Lesperance knows better than most the importance of acting sooner rather than later. He advises anyone who wishes to emigrate, whether from China or Hong Kong or elsewhere, to consult an immigration attorney.

Now based in Sopot, Poland, David Lesperance attorney hails from Canada, where he attended and graduated from the University of Western Ontario, University of Windsor, and the University of Saskewatchen before working as a Canadian border official. In this position, he gained a unique perspective on U.S. and Canadian emigration and immigration policies and practices, as well as the motivation for wealthy individuals seeking entry or exit from these countries. This inspired him to pursue a law career specializing in tax and immigration. Over the past three decades, he has helped numerous individuals and families obtain second and dual citizenship, with a particular focus on assisting high net worth clients

In addition to his law and tax practice, David Lesperance immigration lawyer co-authored the book “Flight of the Golden Geese: How the 1% Matter to the 99%” with London School of Economics Professor Emeritus, Ian Angell. He is also a Top Writer on Quora, where he offers his advice and input to those seeking reliable answers to tax and immigration queries.

Find more information about David Lesperance and his practice here: https://www.linkedin.com/in/davidslesperance/ or follow him on Quora: https://www.quora.com/profile/David-S-Lesperance