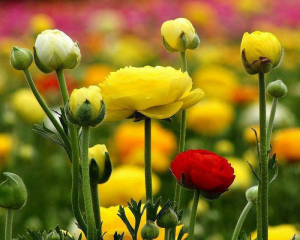 Relationship and Consumerism – How to fit into the Social Requirements?

It is very naïve to think that the I love you or the Be my Valentine uttered on this particular day would enhance or save any relationship from the inevitable.”
— Zsa Zsa Tudos author – educator

LONDON, UNITED KINGDOM, February 14, 2020 /EINPresswire.com/ — Every Pagan festival on the Wheel of the Year fell victim to Christian consumerism. In nature-loving communities Imbolc, the early February four-day ritual celebration is the purification time before the fertility and copulation festival during the Oestara, the Spring Equinox. In recent years it has been converted into St. Valentine’s Day by those without the understanding of the Cycle of Nature. It is a consumerist loophole in the marketplace between Christmas and Easter, to force inspiring couples to declare their love for one another, accompanied by the gesture of sending a card or buying a gift. It is a difficult time for people who have a relationship as the centre of existence in their minds. They are longing for a prospective outcome, either in or out of a couplehood.

The Goddess, after giving birth to the Light God at Yule the Winter Solstice, her health is restored, her body purified and she becomes a bride again.

In my childhood, in the South of Hungary there was a celebration on the Dark Moon day at the end of January – early February, when the bride was made out of corn, dressed in white (it is the reason behind the white bridal dress); laid into a fluffy, comfortable, handwoven and sewn bed, in a beautifully crafted basket. A group of elders carried her from house to house. It was a great honour to have the Goddess in one’s house for she was the symbol of a clear mind, readiness for the future and growth, both material and spiritual. After the day-long walk, an acorn tipped wand was placed next to her in the bed as a phallic symbol, representing the groom, the God. The basket was covered, and the women of the village stayed with her until sunrise, after sighting the New Moon during the night. Interestingly enough, the Chinese New Year is celebrated on the same day and night. These Pagan festivals won permanent dates, under different names in the widely used calendar.

Presently there are three similarly named saints in the directory of the Vatican, and it has not been decided which one of them is behind the popular commercial illusion. There is one, most likely to be the choice. He was a priest of the Vatican, the central body of the Roman Catholic Church, who performed marriages for people who were prohibited to get into matrimony by the Church. He was caught and suffered the death penalty for his bold act. However, before his death, he healed the daughter of the prison’s ward and send her a letter signed YOUR VALENTINE. However, there was nothing romantic in the letter.

The vast majority of the population supposed to belong to one of the major belief systems. They go to church, synagogue, mosque, temple, whatever you call the building, it doesn’t really make much difference; they even chant certain mantras but very few of them really understand the essence of it all. They pick rules they like and find easy to follow or which serve their own interest. And as a result, they like to force those rules on others.

The funny thing is that men and women seem to select the same rules! A woman has to live up to many double standards put on her by men. Such as monogamous relationships, motherhood, let the men do what they want, do not get into important issues and so on. Looking at my practice experience, I have to tell you that these are the actual aims most women have for the future! Of course, they always complain, but they still want them, and expect some kind of reward for their sufferings.

I am talking about this situation because it is the core of a relationship. I have certain ideas of right and wrong and you have others. And we are both right, for that is what we picked out of the bowl. And we pick out of the bowl the rules we find the easiest to follow. The rules which talk to our personality. This way we distort the belief system. By doing it, we actually stopped belonging to it, although we do not understand the implications, and might not want to become an outsider. We created our own set of rules. We can call it anything. Let’s call it my individual understanding of the world religion.

I mentioned earlier that we tempt to choose very similar rules. As a result, we could live happily ever after. However, it is far from reality because the two basic genders interpret the rules differently. This difference is in their understanding and relation to sex and sexuality. This difference is permanent or we could say genetic.
It comes from the brain. The sexual centre in the brain of a female is near the hearing centre while that of the male is near the seeing centre. The sexual centre is where arousal, sexual desire, lust, and sensuality derive from.

What is the difference between the two viewpoints?
The organ of seeing is the eye. It doesn’t perceive the reality, whatever the reality is, but catches the rays of light that mirrors back from the object. According to the owner's emotional development, the focus would go to certain places, usually the edges, bumps, and curves, but remains on the surface. He will need the help of other senses to penetrate the top layer. It usually doesn’t happen or takes quite a while.
On the other hand, the organ of hearing is the ear. It picks out certain keywords subconsciously given to by the owner. These words are stored, recalled and analysed over a certain period of time. Sometimes for years they have been kept and recalled whenever the owner needs them to prove a point.

Have an amazing Valentine's Day!