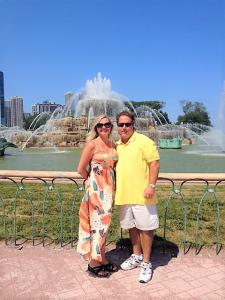 FARMINGTON HILLS, MICHIGAN, UNITED STATES, February 18, 2020 /EINPresswire.com/ — If you watch courtroom dramas on television or like to read legal thrillers by the likes of John Grisham or Lisa Scottoline, you’re probably familiar with at least some basic concepts of criminal law: Miranda rights, what a district attorney does, how a mistrial happens, how jurors are selected, and so on, explains Ralph Chapa. In books and on TV, trials are exciting. But the vast majority of legal procedures take place outside the courtroom, and may not involve criminal charges at all.

How Is a Crime Defined?

Crimes — assault, burglary, tax evasion, driving under the influence, theft, and drug trafficking, just to name a few — are wrongful acts that have been deemed a crime by the government. In criminal cases, the “plaintiff” is usually the federal government or the state in which the crime took place, Raph Chapa says. (That’s why you sometimes hear a bailiff, attorney, or judge speaking of “the State vs. Jane Doe.”)

However, Ralph Chapa explains, they are bringing the charges as a representative of the people of that jurisdiction. The person who makes the opening and closing statements, presents the State’s evidence, and performs the direct- and cross-examination of witnesses is the District Attorney (or multiple lawyers from the D.A.’s office).

In a criminal case, the defendant can make a plea deal, go to trial before a jury of his or her peers, or have what’s called a bench trial, in which only the judge is present and makes the determination of guilty or not guilty, explained Ralph Chapa. If the accused is found guilty, they may face incarceration, fines, and other punishments depending on the crime. These include but are not limited to mandatory community service, the revocation of a driver’s license, registration as a sex offender, drug or alcohol treatment, or probation or parole.

What Is a Tort?

Like a crime, says Ralph Chapa, a tort is also a wrongful act, but in this instance, it’s one that injures or harms a person or property. Civil proceedings may be settled out of court or go to trial; however, the vast majority — some 95% percent — are not tried. They are intended as a way for the victim, or plaintiff, to be compensated for the harm they have experienced. If the defendant is found guilty in a civil case, they will be ordered to pay damages to the plaintiff.

The Burden of Proof

According to Ralph Chapa, one of the key differences between civil and criminal proceedings has to do with the burden of proof. In a criminal case, the prosecution must prove “beyond a reasonable doubt” that the accused committed the crime. Reasonable doubt exists when a juror or other party cannot claim with moral certainty that the defendant is guilty.

In civil cases, the burden of proof is quite different — in fact, it is much lower. Here, the plaintiff must convince the opposition that there is a greater than 50% chance that the defendant committed the act in question.

Crimes and Torts Are Not Mutually Exclusive

Interestingly, crimes and torts are not mutually exclusive. An individual can face both types of charges for the same incident, explains attorney Ralph Chapa. A famous example of this is O.J. Simpson. In 1995, the former football star was acquitted — found not guilty — in the murder of Nicole Brown Simpson and Ron Goldman. The families of the victims then filed wrongful death suits against Simpson, and two years after the criminal acquittal, the jury in his civil trial unanimously found him guilty. The families were awarded compensatory and punitive damages to the tune of $33.5 million.

Naturally, there is much, much more to understand about the differences between civil and criminal charges, settlements or trials, and verdicts. Is there any particular facet of the law that you’d like to learn about in future blog posts? Drop a comment below and we’ll ask Ralph Chapa to put your question on his to-do list!