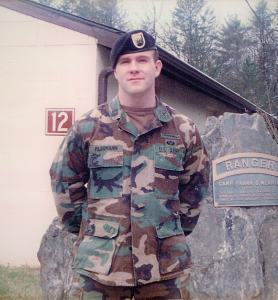 NANUET, NEW YORK, UNITED STATES, February 18, 2020 /EINPresswire.com/ — As humans have evolved, the complexity of their problems has progressed. Today, the world is more complicated than ever before. In order to navigate this new and challenging frontier, people the world over need exceptional leadership to help them grow, develop, and achieve their potential. Bryan Paarmann, a veteran, and retired FBI Special Agent with a 30-plus year public service career, is one such leader.

Bryan Paarmann, now Senior Vice President at Brosnan Risk Consultants, has served in some very significant senior security positions. Inspired by his father, who was also an FBI agent and World War II veteran, Bryan Paarmann attended the United States Military Academy at West Point and served as an Infantry Officer in the US Army, completing peacetime and combat assignments at home and abroad. Bryan Paarmann then transitioned to the FBI, working his way up through the ranks and achieving posts of increasing responsibility and scope.

Among his many leadership positions, Bryan Paarmann oversaw the entirety of the FBI’s overseas endeavors as a part of the FBI’s International Program. This included increasing global Intelligence Analyst capacity and capability while also seeking to develop and maintain strong relationships with community partners around the globe.

Bryan Paarmann applied the leadership, team-building, cross-cultural communication, and collaboration skills he had learned in this role and previous leadership assignments to his next position: leader of the New York Joint Terrorism Task Force (JTTF). The New York JTTF is the largest, oldest, and one of the most active JTTF’s of the 102 nationwide. Bryan Paarmann says being appointed as the FBI Special Agent in Charge of the New York Office Counterrorism Division and the NY JTTF in 2017 was a highlight of his three-decade career.

Throughout his career, Bryan Paarmann has made education a priority. Not only has he invested in multiple continuing education endeavors to improve his own leadership and security skills, but he also shares his knowledge and expertise on terrorism and threat mitigation with entities including law enforcement, military, civic organizations, trade groups, non-governmental organizations, and educational institutions, including Harvard, West Point, National Defense University, and War Colleges.

To inquire about booking a training or speaking engagement with Bryan Paarmann, FBI (retired), connect with him via LinkedIn: https://www.linkedin.com/in/bryan-paarmann-11a4a1aa/