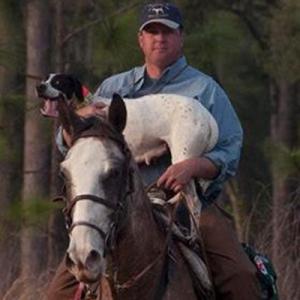 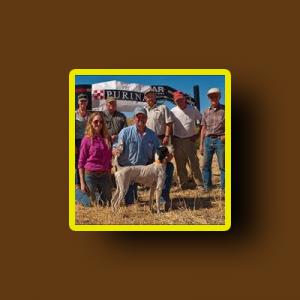 EFFINGHAM, ILLINOIS, UNITED STATES, February 26, 2020 /EINPresswire.com/ — One could call Shawn Kinkelaar the leader of the pack or the alpha male, because his career is all about dogs and winning. He is recognized among the top trainers and handlers of dogs for a special purpose—bird hunting and field trials related to that. It’s a sport he loves for the natural beauty of the outdoors, the broad land, the trees and the majestic horses. In fact, he says the dogs were one of the last things he came to cherish as a youth, when his family introduced him to riding and competing.

Another early reason he loved this sport was the travel. Shawn says chuckling.

“It’s a complicated life. It’s the life of a gypsy.”

Shawn actually spends about 5 months each year at his training camp in Carson South Dakota, which he calls his second home. This is where Shawn evaluates and develop dogs, ages 1.5 to 9, and determines those who have what it takes to compete before the judging panel. Then he winters in Georgia. Shawn spends the rest of his time on the road, taking his champion dogs to competitions that mimic bird hunting. In these competitions though, dogs will run a much greater range and stand in footprint much longer than if they were actually working. They get rated for their performance and bloodline traits. And they usually come out on top. Shawn and his dogs have broken records for US Invitational Wins, he has been named National Handler of the Year 5 different times, prepared the National Dog of the Year in several successive years and won more than 14 Shooting Dog Championships overall.

Shawn notes that certain aspects of winning come through the dog’s breeding (English Pointers, Setters, Brittany’s, German Shorthairs, etc.) but a good part of it is the training. He says he tries not to take anything out of a dog, capitalizing instead on their natural abilities. He says it is also important that each dog have a sense of freedom in their own mind. Over the years, he has both trained and handled dogs and achieved top honors. He loves competing, showing off a great dog, raising great dog after great dog, and bringing out their talents and pointing instincts.

Shawn was a teen when his family took him out with them, and barely 20 when the famous Herb Holmes took him under his wing. After that he had many more ride-along opportunities, training experiences and role models. They all helped build his knowledge and shape the program that has now become all his own. By the time he graduated from high school, he knew what he wanted to do for life. And it’s been a great ride!

Close Up Radio will feature Shawn Kinkelaar in an interview with Doug Llewelyn on Thursday, Feb. 27th at 11:00am EST

For more information about Shawn and his life’s work, visit https://www.shawnkinkelaar.com