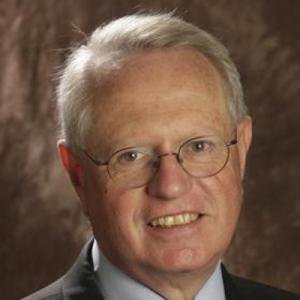 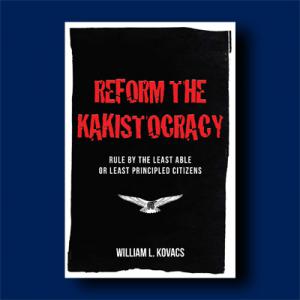 GREAT FALLS, VIRGINIA, UNITED STATES, February 28, 2020 /EINPresswire.com/ — Douglas Adams, the noted author, once wrote, “It is a well-known fact that those people who want to rule are, ipso facto, those least suited to do it; anyone who is capable of getting themselves made President should on no account be allowed to do the job.”

William L. Kovacs is the author of Reform the Kakistocracy. A Greek word, kakistocracy is defined as “rule by the least able or least principled citizens,” and according to Kovacs, a senior level public policy adviser for nearly 50 years, we’re currently living in one.

“Our leaders possess little ability to lead and less principle. They care more about loyalty to political party than loyalty to the Constitution and the people,” says Kovacs. “The fundamental question I ask throughout the entire book is ‘who do these elected representatives actually represent? Very few people in this country are represented by the current political system.”

Reform the Kakistocracy sets forth ideas on how citizens can begin to restructure a massive federal government with uncontrollable debt and decades of undeclared wars.

Part I of the book sets out many actions of our federal government that place the nation at risk. Part II sets forth a series of governance principles, that if adopted, would guide government officials in structuring a government that focuses more on addressing the needs of citizens and less on achieving dominance as political parties. Parts III and IV set forth what Kovacs calls “modest proposals” to restructure the kakistocracy. They are creative but not modest.

“It sounds cynical, but politicians find more benefit in conflict than finding solutions to the issues facing the nation,” Kovacs laments. “They don't work together anymore. They don't even talk to each other. Everything's a fight. In the media, one side has one set of facts and the other has another. You really begin to wonder what's real. Government officials should be telling us the truth, whatever that truth is. Americans need the truth to find the right path forward.”

Part V reminds all of us that the Constitution sets forth a clear and legal path for revolution – voting which allows us to replace the entire government in a short period of time.

Close Up Radio will feature William L. Kovacs in an interview with Jim Masters on March 3rd at 10pm EDT.