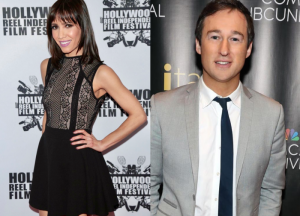 Malibu Crush which features James Pratt, (On Halloween, Conversation Hollywood) Scott Miller (Once Upon Time, 2012) Jessica Ross (Backstage Weekly, Fashion Dolls), and Australian Bachelor runner up, Brittany Hockley in her debut has already secured distribution with a US release projected for December of 2020.

The script which Pratt describes as a throwback to 90s hit comedies such as National Lampoons and Beverly Hills Cop, has a story centered on two best friends from Pasadena, Michael Chase (James Pratt) and Duey (Billy White) who pretend to be highly acclaimed film school students in order to declare their love to a stunning former high school girlfriend Bridget Van Ryan, who’s now living in Sydney, Australia. Actress Jessica Ross will play Bridget Van Ryan and has worked with Pratt before on Conversation Hollywood as well as the nationally acclaimed iTalk event series. Jessica stands out as the only cast member of the film that was born and raised in Southern California and was the first actress cast in the film.

Full of memorable characters coupled with a catchy storyline, Malibu Crush stands to be spared the scrutiny many comedies face with the current climate in Hollywood.

Filming will take place between Sydney, Australia, and Malibu with producer Trisanne Marin, commenting pre-production has been very smooth and the project is ahead of schedule.

The film will be shot on an Ari, with award-winning cinematographer Robbie Fatt making his feature film directorial debut.

Find out more about Malibu Crush at https://www.instagram.com/malibucrushmovie/