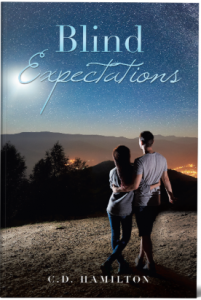 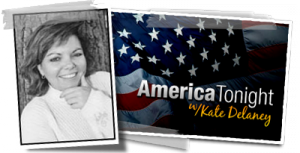 A kind, naive young man seeking true love must open his eyes to the women who can make his ultimate dream a reality”
— C.D Hamilton

UNITED STATES, July 8, 2020 /EINPresswire.com/ — Turns out finding true love is harder than beating writer’s block. C.D. Hamilton's debut novel follows an aspiring author seeking his soul mate, who faces a tough journey ahead of him as he goes through college, faces painful family conflicts and navigates the treacherous perils of the
heart, which he delves into with "Blind Expectations."

Readers will follow Peter Michael Webb during his days in Stepney Green College, having made it to the prestigious institution despite his modest origins. Seeking a better life than that of his mother, who provided for her family through hard physical work, while avoiding the path his wayward older brother took, he sets his sights on achieving a college degree. And finding the woman of his dreams, too.

College life and romance prove far from easy for Pete, though. The hopeless romantic's naivete is shattered, disabusing him of his lofty notions. The women he pursues leave him heartbroken. All but one. His closest friend, Corinne Aldrich, yearns for him but after all the hurt he has faced, Pete is only interested in friendship.

After graduation, Pete has not only accomplished his goal of a college degree, but also his dream of becoming a published novelist. Yet there is something missing, deep down in the recesses of his heart. At the same time, Corrine becomes the envy of women everywhere after receiving a marriage proposal from a dashing Englishman – which she accepts.

News of this rocks Pete, who realizes that the woman who he has known for a long time, who has been there for him through life's highs and lows, who he pushed away because of his wounded heart, is the one who can make his dreams come true. But as he finally opens his eyes and admits that he loves her, she is bound to leave the country with her fiance.

Now it is up to Pete to write the next chapter of his story. Readers will see what fate has in store for him, whether he pens the conclusion on his own terms, or if his dreams will remain a rough draft.

With “Blind Expectations,” Hamilton’s narrative immerses us in New Jersey's mountainous northwest and Hamilton deftly juxtaposes it with Pete's upbringing in a working-class community. This touches on universally relevant issues and grounds the protagonist, making him and his struggles relatable to audiences. Moreover, Pete's hard working blue collar mother and the dark path his brother fell into comprises not only an edgy family drama subplot, but also shows us why Pete and everyone like him are trying their best to build better lives. College and romance are not the only thing going on in Pete’s life, readers are given a glimpse of the harsh realities facing the American working-class, the hazards and the aspirations driving their search for success or even just survival. All this makes “Blind Expectations” and Pete’s story moving. "I was inspired to write an old-fashioned, feel-good love story, with an edgier family drama subplot, so that my work may touch people’s hearts." Hamilton says. "It is my wish that readers will be inspired to dream, take chances in life, and to always be grateful and treat others with kindness."

Having worked in the writing and editing fields for more than two decades, C.D. Hamilton finally makes his literary debut with "Blind Expectations," both a love story and family drama in one