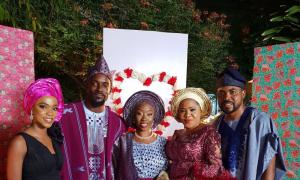 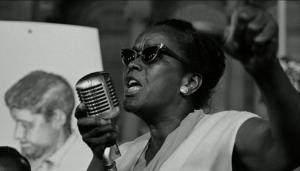 Fundi: The Story of Ella Baker

With its first virtual edition, ADIFF offers a national event with 14 titles that have received limited visibility in the US market.”
— ADIFF

NEW YORK, NEW YORK, UNITED STATES , July 13, 2020 /EINPresswire.com/ — In these times of pandemic and deep reflection around the human experience of people of color, the African Diaspora International Film Festival (ADIFF) launches a FREE Summer Virtual Festival that highlights socially relevant stories about people of color all over the world.

With its first virtual edition, ADIFF offers a national event with 14 titles that have received limited visibility in the US market. A national audience now has the opportunity to discover award-winning Afrocentric and BIPOC (Black, Indigenous, and People of Color) centered stories from New Zealand, Nigeria, Chile, the USA, Brazil, Senegal, the UK, Hungary, France and Bangladesh.

Some highlights in the festival include:

• 2 Weeks in Lagos by Kathryn Fasegha, a turbulent and thrilling journey into the lives of Ejikeme and Lola which captures the excitement, vibrancy, and complexity of everyday life in Lagos, a dynamic city where anything is possible in 2 Weeks.

• Made in Bangladesh by Rubaiyat Hossain – which had its world premiere at TIFF 2019 – about a young woman working under very poor conditions in a factory in Bangladesh who decides to fight to set up a union despite threats from management and disapproval of her husband.

• Official selection Sundance 2019, The Last Tree by Shola Amoo is a moving coming of age story about Femi, a British boy of Nigerian descent who, after a happy childhood in rural Lincolnshire, moves to inner London to live with his Nigerian mum.

The African Diaspora International Film Festival is a 501(c)(3) not for profit organization.

Described by film critic Armond White as “a festival that symbolizes diaspora as more than just anthropology,” ADIFF has managed to increase the presence of independent Afrocentric films from all over the world in the general American specialty movie scene by launching films such as The Tracker by Rolf de Heer (Australia), Kirikou and the Sorceress by Michel Ocelot (France), Gospel Hill by Giancarlo Esposito (USA), Darrat/Dry Season by Mahamat-Saleh Haroun (Chad), Scheherazade, Tell Me a Story by Yousry Nasrallah (Egypt), The Pirogue by Moussa Touré (Senegal), White Lies by Dana Rotberg (New Zealand), and The Citizen by Roland Vranik (Hongary), among others.

ADIFF attracts a wide cross-section of cinephiles and audiences of African-American, Caribbean, African, Latino and European ethnic backgrounds who share a common interest for thought provoking, well crafted, intelligent and entertaining stories about the human experience of people of color, ADIFF is now a national and international event with festivals held in New York City, Chicago, Washington DC, and Paris, France.

Commenting on the line up of ADIFF Chicago 2019, film critic Kathleen Sachs of the Chicago Readers wrote: “The films in the 17th Annual African Diaspora International Film Festival – Chicago do what much media and even the public school system fail to do: educate. Through robust programming that gives meaning to the word "diverse," the selections in this year's festival illuminate the experiences of those living in the African diaspora around the world. The New York-based husband-and-wife programmers, Reinaldo Barroso-Spech and Diarah N'Daw-Spech, have chosen more than a dozen films that, through a variety of modes and genres, further dimensionalize already complex issues specific to those living in these communities. Naturally, documentary lends itself to this mission, though several narrative features and a short fiction add to the plenitude of information.”

The Summer Virtual African Diaspora International Film Festival is made possible thanks to the support of the following institutions and individuals: ArtMattan Productions; the Office of the Vice President for Diversity and Community Affairs, Teachers College, Columbia University; Africa World Now Project; The Harlem Community Development Corporation, the New York City Council in the Arts; the Upper Manhattan Empowerment Zone Development Corporation and administered by LMCC, and Manhattan Cultural Tourism Grant.