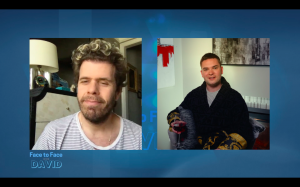 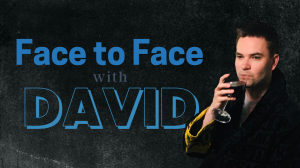 Title Card of Face to Face with David 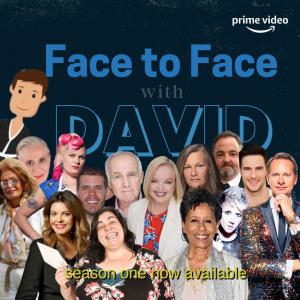 Guests Featured on Season One of Face to Face with David

This is a dream come true, and I'm so excited that the entire first season is now available. ”
— David Oulton, host

The first season features a range of guests from the worlds of acting, film, television, business, reality TV, and more. On the second episode, two time Emmy winning actress Vernee Watson discusses her experiences at the daytime awards show, as well as touching on the current climate of racism in Hollywood. Media King Perez Hilton talks to Oulton in episode four about his regrets throughout his career, as well as clarifying his alleged $30M net worth. Daniel Maguire, of The Bachelorette and Ex on the Beach fame, talks candidly about his experiences on the shows along with his newfound success on OnlyFans. The rest of the season features actor Lawrence Pressman (Transparent, American Pie, Modern Family), Valorie Hubbard (Hannah Montana, Resident Evil, General Hospital), Canadian actress Helen Graham, Valerie Planche (Brokeback Mountain, Heartland), Laurie Cooper (Real Housewives of New York City), musician Amy Hef (Keeping Up With the Kardashians, Vanderpump Rules) and several others.

The Calgary, Canada shot series is currently receiving outstanding feedback from viewers and critics alike, with a solid 5 out of 5 star rating on Amazon Prime Video in the United States, and 8.3/10 on the Internet Movie Database, higher than most other Canadian talk shows, and marginally higher than The Ellen Degeneres Show.

Face to Face with David is currently available on Amazon Prime Video in the US, UK, Germany and Japan, as well as Apple TV and Google Play in the United States.

Prior to hosting his talk show, David Oulton has worked as a Canadian film and television actor with credits including Hannah Montana, Guns of Purgatory, Fargo, and several others. He is also a licensed Real Estate Agent with the luxury boutique firm Charles Real Estate in Calgary. His Instagram account (@davidoulton) frequently features luxury residences, along with promotional posts for his series.

While there is no official announcement yet, Oulton has said that the series will be made available in Canada in the fall.