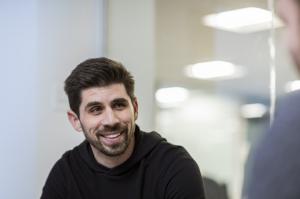 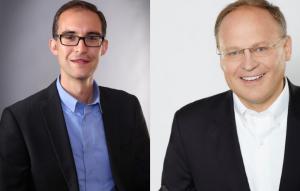 People in tech tend to get credit for doing hard things and being resilient, but I think there are millions of resilient people doing amazing things every day that deserve that attention too.”
— Kyle Nakatsuji, Co-founder and CEO of Clearcover

GREENWICH, CT, USA, July 31, 2020 /EINPresswire.com/ — Fotis Georgiadis, owner of the blog by his namesake, is a branding and image consultant specialist with a robust background and is a visionary interviewer. With a knack for pulling out a well-rounded interview, not only covering cutting edge technologies and corporate directions but also bringing out the personal side of the interviewee.

In this day and age, resilience is more important than ever. Fotis Georgiadis recently interviewed a few people on this topic, two excerpts are below. Building or expanding brand and image right now, during the #reopening, is an integral part of a companies resilience. Reach out to Fotis Georgiadis to get yourself on the right track right now, take advantage of pent up demand in the global marketplace.

–
Kyle Nakatsuji, Co-founder and CEO of Clearcover
We would like to explore and flesh out the trait of resilience. How would you define resilience? What do you believe are the characteristics or traits of resilient people?

Great question. It’s a trait that’s been important throughout all of history. From my perspective, it’s the ability to keep going when the majority of other people would quit. This ability consists of two characteristics; courage and resourcefulness. You must have the courage to keep moving forward when things are hard, and you have to be resourceful to find a path when it’s hidden. Courage isn’t the lack of fear. It’s the choice to override the fear. Couple that with the unflappable persistence to find a solution and that’s resilience made tangible.

When you think of resilience, which person comes to mind? Can you explain why you chose that person?

It’s never just one person, it’s so many people. It’s the unsung, silent heroes out there who work multiple jobs, get up early, go to bed late, and do hard things to keep others healthy and safe. This could be the single parent, the frontline nurse, or our sanitation workers. People in tech tend to get credit for doing hard things and being resilient, but I think there are millions of resilient people doing amazing things every day that deserve that attention too.

Has there ever been a time that someone told you something was impossible, but you did it anyway? Can you share the story with us?

There’s been a few times but the one that’s most relevant to Clearcover happened in 2016. After spending months ruminating, I took a risk to pitch the idea to my boss at American Family. I’ll never forget his face as he responded with obvious hesitation, “So you want to start a competitor in a market where the top four leaders spend a combined $6B on advertising every year? And you want to spend barely any money on advertising to instead focus on experience?”

From there, I’ve heard ‘You’re crazy’ at least over 100 times. Between car insurance being dominated by massive competitors, a tough regulatory market, and predictions (now outdated) that autonomous cars will eliminate the need for car insurance, the odds were not in my favor. But that’s generally how the biggest opportunities work, right? Finish reading the interview here.

–
Randall Popelka of Herbalife Nutrition & Erik Cooke of Feed the Children
We would like to explore and flesh out the trait of resilience. How would you define resilience? What do you believe are the characteristics or traits of resilient people?

(RP) Resilience is a necessity in the world of politics. Thick skin required. It’s my job to work with anybody and everybody — Republicans and Democrats alike — I leave my personal beliefs and opinions at home. Authenticity is also important — if you can’t understand and see the empathy in another party’s plight, you’ll not be taken seriously in today’s environment. In my perfect world, there are no real losers — but there’s always a path to common ground.

(EC) I don’t think that resilience is a single thing. There is the resilience that shows up as an individual’s ability to recover and face challenges. And oftentimes that’s as far as we think of the idea. It’s all on the individual. But I also think we need to pay much more attention to how our communities, policies and systems support people and their resilience. On an individual level, we can see how some people are like rubber bands — they snap right back. That’s wonderful and we should encourage and honor that. But we often attribute resilience or its absence solely to individuals, and that’s usually misleading. What about their starting line, what about their upbringing, what about the support they get that helps them develop that resilience? That’s why our work at Feed the Children is critical. Our starting point is that in order for kids to thrive and grow into resilient, strong adults they need some basics covered. Food, educational supplies, role models, support when disaster strikes. The fact that they might not have enough of those things is no fault of theirs as individuals, yet those are critical ingredients to their long-term resilience. Only once people have what they need — food, security, love and support — does it make sense to start talking about building individual resilience.

When you think of resilience, which person comes to mind? Can you explain why you chose that person?

(RP) Not trying to seize on our current social environment but I believe resilience is ultimately defined by Martin Luther King Jr. I mean, given the mountain he climbed and overcame in the face of such fierce division and intolerance. And, in retrospect, he did it for all of humanity, not just a race. He was focused, used his platform with integrity, all while promoting a peaceful approach to change. Patience is a virtue for most but for King, it was his foundation.

(EC) In truth, no single person holds this title for me. When you look for it you see it everywhere — like when you buy a new car and see it everywhere. There are a lot of famous folks — Malala, Robin Roberts, Gabby Giffords. But I also think of moms on the train wrangling kids and your coworker who’s well beyond retirement age. I do have a very personal hero, a cousin who has since passed away. He was born severely autistic and approached every day as an opportunity, as though he had the right to be there. It’s not that he never got frustrated or was always happy, but he approached every day ready to give it another shot. Despite all the challenges that he lived with every day — dietary, medications, speech difficulties — he never gave up on grabbing every day with both hands. It’s the only sensible way to be, and I sometimes remind myself that I’m using excuses not to try that my cousin never would. The full interview is available here.

You can reach out to Fotis Georgiadis at the below-listed website, email and social media links to discuss how he can help your brand and image.