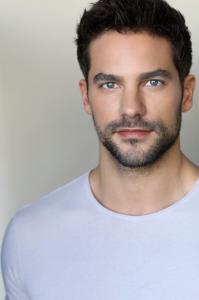 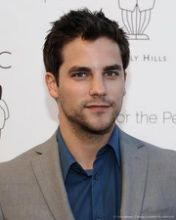 LOS ANGELES, CALIFORNIA, USA, August 6, 2020 /EINPresswire.com/ — FanRoom Live is thrilled to announce that Hollywood actor, Brant Daugherty will host fans in a virtual interactive meet ‘n’ greet on Saturday, August 15th at 2:00 PST. The event is a virtual meet-and-greet, giving fans unprecedented access to the versatile actor, celebrating his Birthday, in an informal setting. FanRoom Live is a digital platform that connects actors, authors, comedians, athletes, and celebrities to their fans in an intimate platform of virtual events conducted like “town-hall” meetings. FanRoom Live events feature Q&A sessions, giving fans access never experienced before. Brant Daugherty is elated to be able to connect with fans through new platforms that give him a chance to share thoughts and conversations.

The Ohio-born actor is best-known for his role in the teen drama series Pretty Little Liars (PLL), as well as playing ‘Brian’ in Days of Our Lives, an NBC daytime drama series which is one of the longest-running scripted TV programs the world. Brant got a head start in Hollywood in 2008, when he featured in Suspended, a short film in the same year. His major break, came in 2010, when he was cast in the TV series Pretty Little Liars and Super Sportlets. Brian was featured with stars like Lucy Hale, Shay Mitchell, Ashley Benson, Sasha Pieterse, and Troian Bellisario, in the fan favorite PLL series. The Super Sportlets Series included popular actors like Nathaniel Benton, Kelly Huddleston, and Krys Marshall. In his career he worked with multiple well-known celebrities, Brant was featured in productions from TV series Army Wives, Anger Management, Dear White People, and Freakish, to movies The Starving Games, Fifty Shades Freed. Recent features include the movie ‘Timeless Love’, playing ‘Peter Ski’ in the TV series Lost Star, and a feature in ‘A Christmas Movie Christmas’, in 2019.

Fans of Brant Daugherty will be able to engage him on FanRoom Live on August 15th. “We’re actively working to help fans connect with their favorite celebrities,” says Jeff Krauss, Co-Founder, and Co-Creator of FanRoom Live. “In these times of crisis, gloom, and self-isolation, we’re trying to create happy distractions and help people find positivity amidst overwhelming chaos.” “This is why FanRoom Live was designed as a digital platform to help celebrities easily connect with their fans and supporters across the world.” The FanRoom Live platform helps actors, musicians, comedians, sports stars, and other popular figures engage and interact seamlessly with their supporters virtually. These sessions are always very interactive and more like a meet ’n’ greet and Q&A town-hall-style meetings.

FanRoom is the brilliant collaboration of an actor/producer, talent agent and celebrity event producer in response to the pandemic that stilled the entertainment industry. Fighting boredom, depression and isolation, the public is hungry for normalcy. Cedric the Entertainer, award-winning actor, producer, and comedian, Mich Faulkner, CEO of 123 Talent, and Jeff Krauss, President of event production and entertainment company IE Group, designed a new reality. They brought on Co-EP & host Chanel Omari (CO Productions), as well as, CO-EP and Co-Host, Jae Benjamin. Pooling their talents and resources, they created a solution for staying home and social distancing while getting an intimate entertainment fix for eager fans. Artists connect with fans in ways never possible before. FanRoom Live became an instant success. Previous guests of FanRoom Live include Cedric The Entertainer, George Lopez, Richard Kline, and George Wayne the former Vanity Fair scribe. Up-coming talents who are set to be announced include Kurt Angle, Jake The Snake Roberts, and Holland Roden to give the platform the power to overcome current challenges. To meet Brant Daugherty, fans can get their tickets on the FanRoom Live website at www.fanroomlive.com. Tickets can be purchased for $50.00 on FanRoom Live for the August 15, show at 2:00 PST.