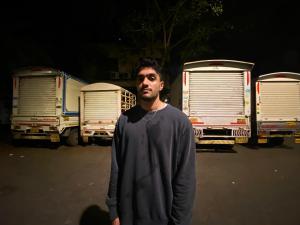 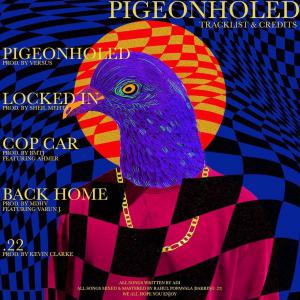 The songs that make up the EP 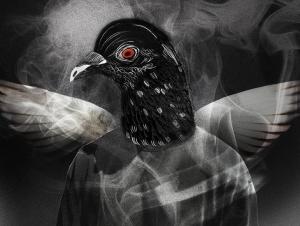 The debut EP PIGEONHOLED is out now by ADI

Adi’s EP might just signal the beginning of not only a promising career for Adi, but a landmark moment where Indian Hip Hop has broken it’s pigeonholed perception.”
— Sammy Chand

Establishing himself as the new breed of Hip Hop from India, Adi’s new EP is sure to take you on a journey through genres. This album is a rare combination of tracks that are uniquely threaded together by hip-hop elements. Each track is personal to Adi as he draws inspiration from genres that he listens to.

From the funk-forward track “COP CAR”, that discusses the current social climate around the world, to more melodic R&B cuts like “LOCKED IN”, which turn a solemn situation to a romantic ode to a significant other, this project is one that marks a giant step in Adi’s career. Each track, as the title suggests, sticks to the overarching theme of being constricted; either metaphorically, physically or ideologically and offers clever songwriting and production techniques that add to that feeling.

PIGEONHOLED is easily Adi’s most concise and thought-provoking release and we are so thrilled for the world to hear this kind of promise from an up and comer from India.

The single for this EP is .22, a track that hopes to bring comfort to anyone who listens in. This particular song highlights the difficulties in losing relationships that comes as the cost of prioritizing work, all against a ticking clock that tells you that there is a limit to when one can make great music or be recognized for it.

Being an ambassador for the MINDS Foundation, Adi addresses suicidal thoughts, but in a way to normalize the occurrences of them especially in the South Asian Community.

“I think it’s completely normal to think about the end of your life. Everyone feels that way at some point, and we just have to normalize it. There’s no point in having a stigma around it because it only hurts the people we care about.” Produced by Kevin Clarke, ''.22" sees Adi showcase his charismatic delivery over a dusty, scattered beat filled with hazey soundscapes.

Adi’s EP releases worldwide on Friday October 16th, however PIGEONHOLED may resonate far beyond this moment. It might just signal the beginning of not only a promising career for Adi, but a landmark moment where Indian Hip Hop has broken it’s pigeonholed perception.