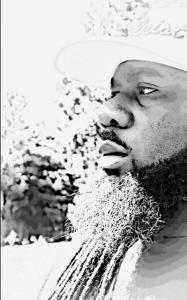 Rapper Deveondi recalls a time when his mom saved his fathers life and saved the hip hop star from imprisonment”.

ATLANTA, GEORGIA, UNITED STATES, October 29, 2020 /EINPresswire.com/ — On most days rapper Deveondi likes to keep his life and his past private but on this rare occasion he decided to be transparent when it comes to his childhood. Deveondi was raised by a single mother of 3 boys in a housing project in west Atlanta so it is safe to say she had her hands full.

Seeing that some of the rappers first encounters with life started in low income housing environments it is no surprise he had issues with his father’s choice to take an active role in his life.

Deveondi recalls a time when he was so angry with his father that it almost resulted in violence. “Back then I think I was 15 or 16 years of age when that guy pissed me off so bad. By then he and my mom had already been broken up for about 5 or 6 years, and even before that he was entertaining crack cocaine and cheating on my mom so he wasn’t actually present most of the time.

I remember It like it was yesterday, he called my mom on the phone and after talking to her for a few minutes he asked to speak to me. When I picked up the phone the conversation started out normal but the moment he tried to tell me what I should or should not be doing I replied who do you think you are, I Ain’t listening to nothing your crack head ass got to say. At that time my mom step outside for a quick moment so she had no idea what was going on. My dad clapped back by saying oh you think you can whip my ass then come do it. He must have forgotten I knew exactly where he was which was only walking distance from our home. I went to the kitchen and found the biggest butchers knife I could find and proceeding to the front door.

By then my mom was coming up the hallway toward me and the knife and she must have read my facial expression very well because she stop me in my track and asked what happened. With tears in my eyes I said don’t worry about it, I got to go handle something real quick. She then grabbed me by both of my arms and said look at me, he is not worth it, give me the knife. She must have had to say it to me a few more times before I actually started to listen because I was still trying to get pass her. She repeated it, he is not worth it. I hesitated by by finally gave her the knife and as I recall I don’t think I saw or heard from him again for about 3 years. That day my mom saved my fathers life and saved me from imprisonment”.

Deveondi touched on this topic in the song ‘Real Events’ which he released earlier this year. “I feel like I had to write that song, I felt total inner-peace after I recorded it and I know that so many people have gone through or is going through some of the same issues when it comes to living in a fatherless household.