Our purpose is to inspire yours 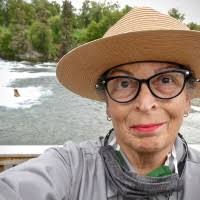 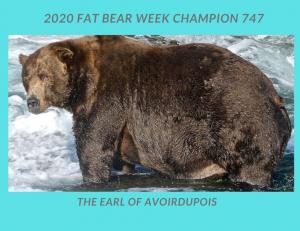 How in the world does a prime-time Emmy award winning film producer living in New York City end up in Alaska as a Media Park Ranger? Unemployed and over 50 Naomi Boak Discovers a New Purpose”
— Vicki Thomas, Chief Purpose Officer My Future Purpose

WESTON, CONNECTICUT, US, January 19, 2021 /EINPresswire.com/ — Have you experienced losses in life that cause you to become depressed? Loss of job when you are over 50 and less desirable to employers? Loss of a loved one? How do you pick yourself up and find a new purpose that brings you peace and joy?

Boak lost her husband of twenty years. She was over 50 and also lost her job as a filmmaker. She, like many, applied for positions where she was well qualified and also applied for jobs below her skill sets. She was runner up many times, but never offered the position. As a result, she became ill and depressed.

Boak started watching live cam videos about brown bears on explore.org whose livestreams include wild brown bears in Katmai National Park from her apartment in New York City. “I loved watching them catch salmon by the falls. I learned about their lives and antics. The bears made me laugh and they made me cry with their losses,” said Boak. “I became inspired by their resilience.”

Boak found a new passion for brown bears that provided her with a new purpose in life as a media Park Ranger in Brooks Camp at Katmai National Park Alaska. It has the world’s largest protected brown bear population. There are no roads, no stores and the mode of transportation are your two feet. Getting there requires a float plane or a boat.

Vicki Thomas, Chief Purpose Officer for My Future Purpose asks “How in the world does a prime-time Emmy award winning film producer living in New York City end up in Alaska as a Media Park Ranger?”

Boak saw a job posting on Facebook looking for media park rangers. She filled out the federal paperwork and got the job. In that capacity she hosted live educational broadcasts for the 9 million people who watch the bear cams from around the world. She worked on the very successful Fat Bear Week social media campaign that reached 3 million viewers in one week with posts for votes on Facebook. The Fat Bear Week social media campaign captured the attention of media outlets throughout the world.

Does the job of a media park ranger pay well? For Boak it was a big financial step down. It is also seasonal work for four to six months. Boak says, “working in Brooks Park at the Katmai National Park fed my soul. It helped me heal from my personal losses. I loved being with the bears and with the peace of the wilderness.”

If you are over 50 and lost your job or a loved one sometimes you must pivot to find a new purpose and follow your passion.

ABOUT MY FUTURE PURPOSE
My Future Purpose is a multi-faceted membership organization founded by Joyce Cohen and Vicki Thomas who are committed to the growing Purpose Movement. My Future Purpose helps individuals, professionals and organizations harness the power of purpose by providing weekly speakers, quarterly workshops, virtual retreats and collaborative initiatives to guide participants to discover their purpose. Vicki Thomas and Joyce Cohen host a weekly Wednesday afternoon 4:00 PM (EST) virtual online discussion featuring special guests who share inspiring stories of fulfilling personal purpose. To join and to learn more see myfuturepurpose.com. Our purpose is to inspire yours