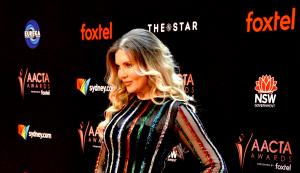 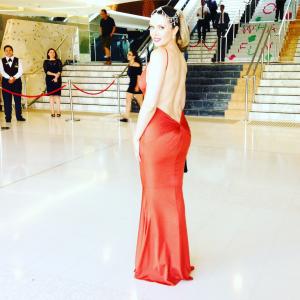 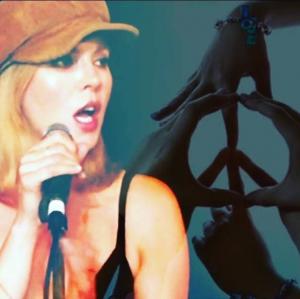 Multi-award winning Australian documentary filmmaker, singer-songwriter and humanitarian wins an award for the soundtrack she co-wrote with her late fiancé.

Of all my art forms, music is my first love. It is the core of who I am and the very essence of my journey. Winning the 'Best Music In Short' award in the City of Love makes my heart sing – literally!”
— Angelena Bonet

Her documentaries chronicle her life to the present day, which she has produced, directed and edited in their entirety. She has a remarkable story of tragedy and resilience and triumph over such adversity and is inspiring and touching hearts all around the world. Her soulmate and fiancé of three days, Erick Deeby, suddenly and unexpectedly passed away in August 2007. He had written and recorded instrumental pieces of music for her between 2005 and 2007. Bonet then wrote the lyrics and melody to his music after his devastating death and during her time of deepest grief. Whilst living in Sydney's bohemian red light district of Kings Cross, they developed the sound of their music over a couple of years. Erick had also composed and produced music for various bands and soundtracks for Marvel Comics "Man Thing" and "Feed" directed by acclaimed Hollywood director, Brett Leonard ("Lawnmower Man" by Stephen King & Denzil Washington's "Virtuosity") before his sudden and unexpected death in August 2007. Angelena promised him whilst in a coma that someday, somehow she would finish their special project. She has kept her word and produced their album at Fox Studios Australia thirteen years later. The music she co-wrote with Deeby has become the soundtrack for her films and also won numerous 'Best Original Soundtrack' awards worldwide.

On May 26, 2012, she was then a victim of a violent attack and was kidnapped and gang-raped but miraculously survived the attempted murder in Melbourne, Australia. Suffering Post Traumatic Stress Disorder (PTSD) as a consequence of the heinous crime, orchestrated by someone that she knew and trusted, she is now ready to share her story. Angelena recently released "Change The World" on YouTube to make it available to everyone for free. She realises that many women and girls who could benefit from her voice and be inspired by her journey may be at a financial disadvantage and wanted to help them and not expect anything in return. Domestic violence has risen exponentially since the Covid-19 global pandemic began and many victims are in lockdown with their abusers. Angelena hopes to reach those women and give them hope that there is light at the end of the tunnel and assure them they are not alone. Similarly with her music, she hopes to bring comfort to those who have or are experiencing grief and the loss of a loved one.

A former Australian Supermodel, Angelena, comes from a musical family and grew up studying and playing her grandmother's piano in her bedroom. Her father was a bassist/guitarist and her mother sang in the Sydney Symphony Choir. Her great grandmother, Lily Bolden, was an actress and dancer in the Royal D'Oyle Carte Theatre Company that toured South Africa in the late 1800s. It was there that she married a Director and had her grandfather before returning to Australia. A talented dancer herself, Angelena experienced a back injury in her early teens which forced her to sit out of her dance classes except Tap for a couple of year and focused her energies on singing and drama lessons. She trained at the Australian College of Entertainment (formerly known as the "Johnny Young Talent School" where Dannii and Kylie Minogue were discovered) with many working actors and musical theatre artists as her teachers. It was her passion and then at eighteen the modelling industry discovered her at a hair salon. Her first shoot appeared in Vogue Australia.

Paris International Short Festival is an online based bi-monthly festival. During each edition, our jury selects the winners of each category through private screenings. The winners of each edition may be then considered for the yearly online screening. If this happens, they will be shown online and compete with other films-winners at the yearly event. Our mission and goal is to discover and promote talented filmmakers from all over the world.