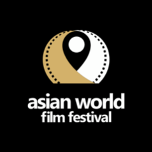 The AWFF will be virtual, taking place online from March 10 to 15.

For more program information and to purchase tickets: https://asianworldfilmfest.org/2020-festival-line-up

Los Angeles, March 5, 2021 – The Asian World Film Festival (AWFF) has announced that its prestigious Snow Leopard Outstanding Cinematic Achievement Award will go to Hong Kong-American actor Tzi Ma this year. Like many events, the AWFF will be virtual, taking place online from March 10 to 15.

The award-winning Ma has a distinguished four-decade career in film, television and theater. His many credits include Dante's Peak, Rush Hour, Arrival, The Farewell, Mulan, Tigertail, 24 and The Man in the High Castle)

The Snow Leopard Rising Star Award will be presented to Indian actor Adarsh Gourav for his roles in My Name is Khan, Rukh, Mom and most recently the Netflix original film The White Tiger, with Priyanka Chopra, which has garnered him international and critical acclaim.

Executive Director Georges N. Chamchoum said, "One of the most exciting moments of our Celebration at the Asian World Film Festival is the anticipation of the choice of our three Honorees. To us, they represent what our Festival is all about, which is personality, achievement and carrying the Torch forward. Tzi Ma has proven, during his four decades in the business and with over 130 films to his credit, that he is a worthy candidate for our Outstanding Cinematic Achievement Award. As for Adarsh Gourav, our Rising Star recipient, from when he was first seen on the Silver Screen in the 2010 movie My Name is Khan, to his latest movie, The White Tiger, you cannot help but notice the fire, charisma and power that emanates from him. He is a name to remember!"

For the second year, the Hollywood Foreign Press Association (HFPA) and the Asian World Film Festival will present a special HFPA Scholarship to a new Asian short filmmaker. Twelve specially selected Asian short films will be screened during the AWFF's short film program and the winner chosen by an independent Jury.

The Festival's Managing Director, Asel Sherniyazova said, "We are extremely impressed with the high quality of films shortlisted for the HFPA Scholarship this year. The Scholarship is a huge recognition for us. Six years ago, when our Festival was first founded, it would have been ambitious to even suggest that the HFPA would be awarding a prize at AWFF, alongside prestigious film festivals such as Venice and Toronto. This is a very great honor and, of course, a huge responsibility, and our united and totally committed team will continue to do its utmost to justify such high recognition."

Music Interludes during the Ceremony will be performed by major performers from across Asia. These include globally respected virtuoso for jaw harp Olena UUTAi from Yakutia (Russian Fed), Lebanese Composer and Performer Tarek Rahbani with his latest Composition Requiem 2020, Performer Olivia Lin from Indonesia, Performer and Actress Yuki Shibamoto from Japan, Composer Farzad Goodarzi from Iran and Performer Jungmin from South Korea.

Further details about the Festival Program, films in Official Competition, events and ticket purchase can be found on our social media platforms and on our website: asianworldfilmfest.org

ABOUT THE ASIAN WORLD FILM FESTIVAL (AWFF)
The Asian World Film Festival (AWFF), founded by Kyrgyz public figure Sadyk Sher Niyaz, brings the very best of a broad selection of Asian World cinema to Los Angeles to draw greater recognition to the region's wealth of filmmakers and strengthen ties between the Asian and Hollywood film industries. Uniting through cross-cultural collaboration, the Festival champions films from over 50 countries across Asia, spanning from Turkey to Japan and from Russia to India and South-East Asia. The Festival is unique in that it predominantly screens Oscar and Golden Globe submissions for Best International Feature Film and Best Motion Picture – Foreign Language respectively. All films that participate in the Festival will have a unique chance to be guided through the challenging awards season and showcased to members of the Motion Picture Academy, the Hollywood Foreign Press Association and all Guilds for enhanced exposure, media attention and awards consideration. AWFF is a non-profit organization under Aitysh USA.