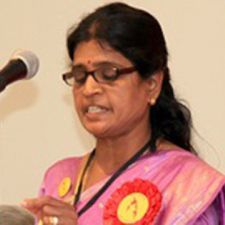 International Truth and Justice Project handed over details to UN on Sri Lankan Military run "Rape Camps", where Tamil women are being held as “sex slaves”

“UN ranked Sri Lanka as having the second highest number of the disappeared in the world.”

Tamil women took the lead in organizing themselves to find their loved ones and are holding regular protests including hunger strikes. Over the years, several Tamil women who have searched their loved ones have died, but others continue their search despite threats, harassment and other abuses by the Security forces and intelligence officers, said Mrs. Murugadas.

“They also reached out to the United Nations, including continuously presenting their cases to the UN Human Rights Council. Despite all their activities they are unable to get any answer from the Sri Lankan Government about the fate of their loved ones.”

Recently, they became part of the massive movement called Pothuvil to Polihandy (P2P), urging to Refer Sri Lanka to the International Criminal Court (ICC) for war crimes, crimes against humanity and genocide committed against the Tamil people by the Sri Lankan State.

“Tamil mothers are also actively campaigning at the current UN Human Rights Council Session to Refer Sri Lanka to the International Criminal Court (ICC) to get justice. Tamil women fear that failure to refer Sri Lanka will embolden to commit abuses against Tamil women without any fear of facing justice for abuses.”

According to UK Foreign and Commonwealth Office report on April 2013, there are over 90,000 Tamil war widows in Sri Lanka.

International Truth and Justice Project (ITJP) in February 2017 handed over details to the United Nations of Sri Lankan Military run "Rape Camps", where Tamil women are being held as “sex slaves.”

The report states the following:

“A senior officer came into the room and was asked to take his pick, like we were meat in a meat market. He looked around and chose me. He took me to another room and raped me”

“Two of the women describe being detained in a group in one room, available for any soldier to come and choose from and take to an adjacent room or tent to be raped,” says ITJP.

ITJP has also provided details of six military men including a major and a lieutenant colonel who are alleged perpetrators of rape and torture in the military.
Details: http://www.jdslanka.org/index.php/news-features/human-rights/669-un-told-of-sri-lanka-military-operating-qrape-campsq

According to the UN, Sri Lankan security forces have committed mass killings and large scale rape of Tamil women. The same security forces that committed these abuses are still stationed in very large numbers in Tamil areas; among the same women they committed sexual violence. Tamil women have to undergo fear and humiliation to live among the soldiers and to see them walking free and enjoying full protection and support of the successive Governments.

Tamil areas have a ratio of one soldier for every five civilians, believed to be the highest number of soldiers to civilian ratio in the world.

Several military officers who were credibly accused of involvement in rape camps, enforced disappearance and other abuses were given promotions and called “war heroes” said, Mrs. Murugadas.