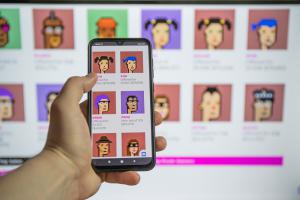 NFTs can be anything really. Such as pixel artwork shown above, music, video clips, images, gifs, etc. 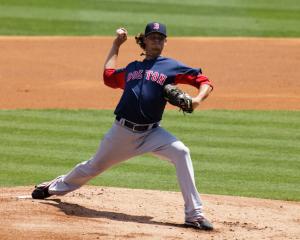 Once Topps launches it’s own NFT service, buyers can pay to own their favourite MLB highlights (just like the NBA’s Top Shot platform).

NFTs (Non-Fungible Tokens) continue to be designed, bought, and sold. The costs of these transactions continue to rise as well, but why?

We knew we were going to do [baseball NFTs] at some point, and we just needed to get that experience and wanted to make sure that we did it right.”
— Tobin Lent, Topps Digital VP

NEW YORK CITY, NEW YORK, UNITED STATES, April 14, 2021 /EINPresswire.com/ — NFTs (non-fungible tokens) continue to explode in both popularity and cost. Companies, artists, sports associations, celebrities, and others are all trying to cash in on the rising costs of NFTs. For example Topps, the sports trading card and collectables giant, announced it will be going and launching its own line of Major League Baseball NFTs (extremely similar to the NBA’s Top Shot collection). A columnist from the New York Times sold an NFT version of a column he wrote for roughly $560,000 USD (which has since increased to roughly $700,000 given the rise in the price of Etherum). Suffice to say, NFTs have value. However, are NFTs sustainable and where exactly generates this level of value?

Non-Fungible Tokens represent something unique and original. The best explanations for NFTs compare them to traditional currency or crypto for that matter. A Bitcoin can be traded for another Bitcoin, a U.S. dollar can be exchanged or traded for another U.S. dollar. However, an NFT is unique. If you were to trade a clip of Lebron James dunking on the Denver Nuggets for a clip of Mookie Betts hitting a home run against the San Francisco Giants, those are two wholly different things, not mirrors of each other. The same applies to works of arts, music clips, digital clips, etc. Each and every NFT is unique.

So what's continuing to drive the value of NFTs up? It was only mere weeks ago (roughly the beginning of March) that NFTs broke headlines and garnered interest around the world. The sale of Twitter CEO Jack Dorsey’s first tweet was converted to an NFT format and sold for roughly $2.9 million USD. Dorsey’s NFT sale convinced many others to take the NFT market seriously and begin creating designs of their own.

To put it bluntly, NFT’s value is largely driven by hype and speculation. There is no inherent value for the things being created and there is no way to traditionally assign value to them (such as would be done to a company’s stock using ratios and other metrics). The primary driver for some NFT’s astronomical costs is the potential future value of them. Buyers are basing their decisions on the assumption that they may be able to resell these NFTs for a higher cost in the future and ensure a tidy profit. Are they wrong? No one can say for sure.

Much of the hype and speculation involving NFTs stems from some very abstract theories and ideas involving the future of our society. Should much of our world continue to be digitized, NFTs could have a place within our lives similar to how contemporary real world paintings or artwork does. It would make total sense to buy a clip of Lebron today, in the hopes that it might be able to put it on display within your virtual home someday. Again, until such theories become realities, NFT value can only be assigned to mere speculation.

What may be an interesting byproduct from NFT’s meteoric rise in popularity is how blockchain technology will be normalized and utilized for different avenues. Blockchain being the system which has led to the creation of Bitcoin and has allowed for NFTs to be traded while retaining the authenticity (or ID) of original works of art. Blockchain applications outside of cryptocurrency will allow for secure transactions across various mediums, such as voting or creating contracts. Blockchain will allow for the removal of middlemen and intermediaries from these transactions (banks). Ultimately, the removal of such intermediaries is unlikely to go unchallenged. The success of crypto has fueled the success of NFTs, which will fuel the success and application of blockchain technology. How governments and international institutions will react, or try to regulate, such mediums remains to be seen.

As of right now, NFTs should not be ignored. Major online hubs for NFTs have seen user populations grow, indicators of wider general awareness and interest in the digital art form. Platforms such as OpenSea, Mintable, SuperRare, and Rarible are all being used to create, auction, buy, sell, and trade such NFTs.

Whether or not NFTs will continue to garner worth and attention seems largely dependent on who their creators are, and the future of cryptocurrencies themselves. At this point, their values remain highly speculative with very little real world applications. Some argue that wealthy buyers have always bought absurd and scare items, and NFTs are not very different, but only time will tell if this remains true. The creation of new NFTs everyday seems to indicate that although unique, NFTs are not necessarily rare, perhaps deflating their longtime worth and appeal.

Want to learn more? Visit us at The Financial News to get the latest on market news, stock movements, economic policy, and more from the world of finance.

Written by Nicolas Minardi of Mrkt360.