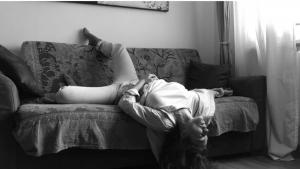 And finally searching in time 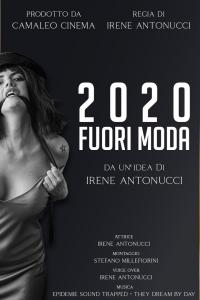 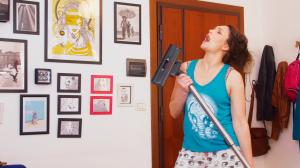 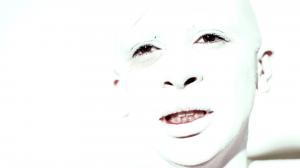 We hope to reach as many people as possible through the language of cinema.”
— Giulia Maffei & Giorgia Arena, Italian filmmakers

NEW YORK CITY, NEW YORK, UNITED STATES, May 14, 2021 /EINPresswire.com/ — At the 12th edition of the NYC Independent Film Festival several filmmakers from Italy are at the top of the bill with their new film. The corona pandemic in particular has proved to be a great source of inspiration, as has also been the case for actress / director Irene Antonucci. With "2020 FUORI MODA, or "2020 Unfashionable" she allows the viewer a look inside her head. We become part of her words, earlier unspoken, that collect a common scream of outrage, hope and love, in a period in which every human being, artist and not, looks in the mirror taking into account her own soul and makes amends on what she will not want anymore on her own path. At the same time a moral and ethical commitment to the surrounding world. The film is provocation to go deeper on one's needs and actions.

Another film at the NYCindieFF is AND FINALLY SEARCHING IN TIME by Giulia Maffei & Giorgia Arena, a similar soul search. It's the story of the emotions and states of mind that characterize and influence people's lives, but which we are not used to thinking about; time that is infinite in a space that is limited becomes a good magnifying glass to finally be able to observe reality as it is. In short: when you are lockup in your little apartment, the isolation of the pandemic can become bigger and bigger.

The film was based on a poem by the young Italian writer Angelo Parisi. Giulia Maffei: ..Reading these evocative words, we felt that we had the responsibility to give them a form and a voice. If they had been left simply written down on a piece of paper, they would have run the risk of being ignored and not totally understood. We felt the desire to tell."

“We hope to reach as many people as possible through the language of cinema. For us, the creative process does not come from a sense of obligation or personal gain. Of course we are young and ambitious, and awards are always a source of joy and satisfaction. However, what we are most proud of is that we overcame a moment of immobility and physical distance, made the short film virtually in 2 different regions of Italy and in turn recognize how the boundaries and distances that we set ourselves alone and exclusive occupancy. in our own hearts. "

ANDRA TUTTO BENE by Carolina Ielardi is a very joyful film, although it covers the same arid landscape of the covid pandemic. The short film shows us Chiara, who feels safe at home and tries to spend her time as best she can. During a video call with her sister, strange things begin to happen in the flat.

GOODNIGHT by Yohana Ambros is an excellent Italian documentary that could actually have been made anywhere in the world. It hits the universal slogan 'stay at home' proposed during the coronavirus pandemic. But what if you don't have a home? Yohana Ambros is an extraordinary film director: she is a 27-year-old homeless person who lost everything after a stomach cancer. She tells of her incarceration in Italy without a home.

I AM |A| by film-artist Vittoria Becchetti is a short art/experimental film. A metaphor of a creative process that creates other life: a hybrid being in a white and aseptic space simulates the delivery of a child she never had. Her body is mutated and it presents a tiny printer in place of her female sexual organ. Is she really delivering or is she just simulating what nature has rejected to her?