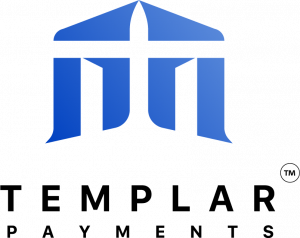 Northcoders, has partnered with SaaS FinTech Templar Payments™, to use the UK Gov incentives to get local people into tech

LEEDS, WEST YORKSHIRE, UNITED KINGDOM, May 15, 2021 /EINPresswire.com/ — Northcoders, an intensive coding boot camp, has partnered with SaaS FinTech scale-up Templar Payments™, to use the government’s Apprenticeship Levy to address the shortage of developers.
Templar Payments Ltd's web application is standalone, white-label onboarding software which fits neatly into merchant services brokers’ existing systems and processes. It allows them to instantly offer merchants a digital-first onboarding process to compete tech stack vs tech stack against the Fintech Giants such as Stripe & Paypal in payment processing. Northcoders offers 6-14 week intensive boot camps and intensive upskill courses that produce work-ready developers in pretty much any coding language they choose.
The Northcoders partnership allows Templar to use the Kickstarter scheme, and with Northcoders the Apprenticeship Levy, to create and fill jobs in a developer’s market (where demand exceeds supply) with well-rounded, highly driven reskilled developers from other markets (where supply far exceeds demand). Northcoders alumni currently working at Templar Payments include an ex-Sailor, an ex-Butcher, and an ex-Customer Service Assistant at Tesco.
Amy Wild, Chief Commercial Officer at Northcoders, said: "the funding and training needed to address the scarcity of developers in the UK employment market is very much out there. Our partnership with Templar Payments is evidence that addressing this scarcity, as well as unemployment rates, with Upskill and Reskill programs is a good thing for everyone involved."
Nathan Leadill, CTO of Templar Payments, spoke on the subject in a webinar hosted by North Coders this week:

Those wishing to start a new existing career in coding can contact Templar or North Coders via the North Coders website:

developing developers and getting local people into tech.