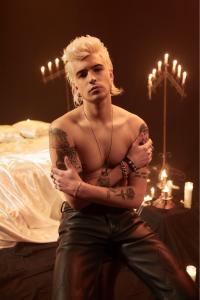 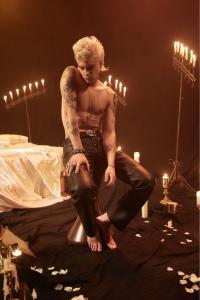 Coming off a postponed US Tour due to the Pandemic, the Croatian artist Seb Torgus is ready for the world to hear his music again with his new single “Rush”.

The unpredictability of Seb Torgus is what makes him a unique wild card in the landscape of independent music. The bold singer doesn’t care about what his critics think. That’s why we like him”
— MOOD Magazine , Miguel Costa

LOS ANGELES, CALIFORNIA, UNITED STATES, June 14, 2021 /EINPresswire.com/ — Coming off a postponed US Tour due to the Pandemic, the Croatian artist Seb Torgus is ready for the world to hear his music again with his new single “Rush”.

The alt-rock anthem is available to stream on all platforms, along with music video highlighting Seb’s intimate side which was styled by Jesse Jo Stark of Chrome Hearts. You can watch the music video, along with find links to all streaming services here (insert hyperlink – https://www.youtube.com/watch?v=cBGgvL1nvtI).

Born and raised in Chicago, Seb Torgus grew up in a predominantly Croatian household. His grandparents had migrated to the United States in the late 60’s fleeing extreme poverty, in hopes of living the American dream and creating greater opportunity for their family. While Seb’s mother fled back to Chicago during the war in the mid 90’s after finding out she was pregnant.

Seb’s first language was Croatian, and in his early years he had attended Croatian school where he learned to dance, sing, read and write in Croatian, with emphasis on strengthening his cultural heritage. Most of Seb’s relatives reside in Bosnia & Croatia, and areas such as Mostar, Zagreb, Split, Zadar, and Stone. Most of his relatives also reside in Medjugorje, a small village just inside of Bosnia.

Every summer Seb would fly alone and stay with his family members in the villages showing him a different side of life compared to his experience living in Chicago. This only gave Seb more motivation to follow his passion of entertainment. The lack of resources and opportunity Seb had experienced in the village turned his drive into a superpower, and now he is on the verge of making a major impact.

Seb’s goal is to be a voice for Croatian Americans, and represent not only his family, but all the people of Croatia who have looked to the United States as a path to bettering their lives.