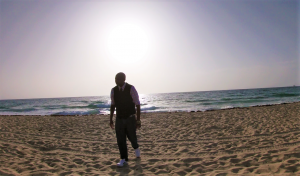 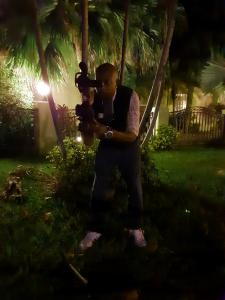 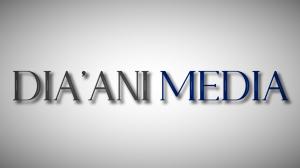 Be the one who speaks out above the crowd when everyone else follows the norms.”
— Ritu Ghatourey

FORT LAUDERDALE, FLORIDA, UNITED STATES, September 14, 2021 /EINPresswire.com/ — When it comes to branding or media production, Dennis Nichols has been an essential element without being in the spotlight. He never wanted to be in the forefront. After years of dealing with difficult personal battles beginning in 2002 that lead up to 2008, Dennis created the Dia'ani brand which initially imprinted itself in the music industry. Although beginning as a longshot at a blurry dream, the company somehow quickly became an agency. Within the following few years, Dia'ani was stamped on plenty of your favorite household musical names. During his time in music, Dennis worked behind the scenes on projects for Taylor Swift, Beyonce', Katy Perry, Snoop Dogg, Drake, Kanye West, Rick Ross, Anderson Paak and many other artists, actors and actresses. These experiences were instrumental in molding him. The music industry was and is fun, cool, exciting, but Dennis wanted more. It was time to test creativity by trying something more challenging.

After being in the music industry for years and spending more than earning, he decided that venturing into TV and film would be beneficial; lucrative as well. During this transition, Dia'ani acquired partnerships with several production companies based in California and Florida, along with partnering with Comcast NBCUniversal for marketing, licensing and distribution. Dia'ani Media was then born with one main goal; to present your awesome brand to the masses the right way.

With years of learning and dedication, Dennis discovered an inflation of opportunities. In order to reach business goals and potential, he gained knowledge in content creation, advertising and broadcast media, video production, logo design, social media marketing, CGI & Virtual Reality animation, website design, software development, app design, audio engineering/scoring/sound design and content distribution. Dia'ani Media is now a secret powerhouse which is able to work wonders for clients as it operates within every aspect of media.

Dennis continues to learn something new each day. Although the road ahead will have it's various experiences on both sides of the spectrum, his main goal will never change; to continue making himself and the Dia'ani brand extremely valuable to others.