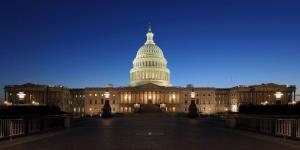 The lawsuit now moves forward in Washington D.C, the nation's capital. A docket entry for the federal district court in Washington D.C. shows that Connecticut Attorney General William Tong has been served with the complaint. Tong and his office will be representing the Connecticut prosecutors and their co-defendants in the lawsuit.

Primarily, the lawsuit seeks $22 Million in actual damages and a declaratory judgment from the federal court that the forging of court documents allegedly by the Connecticut prosecutors and their co-defendants for the purpose of obstructing the course of justice is, in fact, unconstitutional.

As for solutions beyond the monetary damages and the declaratory judgment, the lawsuit demands an injunction against the Connecticut prosecutors and their co-defendants, prohibiting them from any further activities that violate the constitutional rights of the Monbos.

Jack W. Fischer, Barry F. Armata, and Tammy Fluet are also named as defendants in the lawsuit. The Case Number is 1:21-CV-02287-ABJ in the United States District Court for the District of Columbia.

A copy of the complaint and exhibits are republished here and at www.ElementPressNews.com.