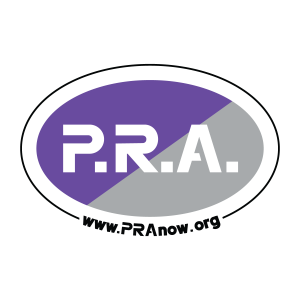 USA, September 18, 2021 /EINPresswire.com/ — An Austin Texas-based Non-Profit Corporation, The P.R.A – Patriots Renewing America, reaches out to the Silent Majority – Centrists, Conservatives, Libertarians and moderate Democrats to bridge the gap between the political divides in the United States.

The P.R.A – Patriots Renewing America, a pro-constitution movement, is continuing their pursuit of positive political change in the US by bringing together Centrists, Conservatives, Libertarians and moderate Democrats. The Texas-based non-profit has witnessed a steady growth in its number of members, promoting a campaign against political extremism as it merges the growing Silent Majority frustrated with the current political climate.

The P.R.A. believes that in order to build consensus in a nation of 330 million people, you must have reasonable compromise while acknowledging and embracing the articles, traditions and institutions which have allowed the United States to survive almost 250 years. The P.R.A. does this by removing divisive social issues from our national platform and calling for a Social Contract between all American citizens, built on integrity, dignity, and mutual respect. They believe this approach supports individual freedoms while remaining aligned on the core issues that ARE the responsibility of a Federal Government.

This philosophy, promoted by the non-profit is already gaining traction, with a tremendous amount of support offline from Sheriffs, Law Enforcement, Veterans and the like, along with millions of American citizens fed up with the current, divisive two-party system. The P.R.A.’s message of “vote platform, not party” is gaining traction amongst the masses.

“We believe history repeats itself, and we’re beginning to see the makings of the Weimar Republic and similar collapse of society. Suffice it to say, we believe the public, particularly Centrists, Independents, and Conservatives, will increasingly become less and less tolerant of this; and that some form of the catastrophic event will finally trigger a backlash. Without some sort of the change in the system, we could end up seeing sectarian-type conflict with the possibility of a full-scale civil war between states” – The P.R.A.

The P.R.A. aims to promote electoral participation without bias. The launch of the initiative is particularly timely, considering the current climate in the United States. The non-profit believes in individual freedom and the importance of constitutional rights, irrespective of race, gender, religion, sexual orientation, economic status, or any other identity tags.

The P.R.A. has reiterated their commitment to ensuring the privacy of members, allowing them to maintain their own personal beliefs and social choices while supporting the P.R.A. tenets.

For more information about The P.R.A – Patriots Renewing America and to join the fast-growing, forward-thinking community of Americans, visit – https://pranow.org/. The P.R.A. can also be found on Facebook, Gab, Parler, and Rumble.